One of Wyoming's Best Kept Secrets

The Town of Guernsey is named for New Yorker C.A. Guernsey, who in 1880 moved west and purchased land in what was then Laramie County. Prior to Guernsey’s arrival, the area where modern day Guernsey is located, was known as the “emigrant’s wash tub”. This is where all the pioneers came to bathe and do their washing. C.A. Guernsey was a legislator, rancher, mining promoter, and author of the book, “Wyoming Cowboy Days”. Mr. Guernsey was also instrumental in building the Guernsey Dam.

Guernsey lies directly on the old Oregon Trail. Ruts were formed in the limestone by thousands of wagon trains that passed through the area on their way to Oregon. These magnificent ruts are evident on the southern side of the Town. Continuing south about 2 miles is Register Cliff. The cliffs served as a landmark and as a signature rock for the pioneers as they passed on the Oregon Trail.

The Town of Guernsey was incorporated in 1902 when the Chicago, Burlington, and Quincy Railroad reached the area. At the time of its incorporation, Guernsey was well known as the “Hub of the Oregon Trail”. At a special election in 1911 to decide where the county seat would be located for Platte County, Guernsey lost to its only competitor, Wheatland.

245 designated campsites, including dry camping and those with full hook-ups. 125 campsites may be reserved, and there are also four yurts available for reservation. Camping and Daily Use permits are required at all campsites within the park.

Check the website for a full list of activities and amenities. The park is open year round. Guernsey State Park is a must see!

The Guernsey Museum is a seasonal facility that is open from May 1st through September 30. Visitors may visit the Museum between the hours of 9:00a.m. – 5:00p.m.

Seven acres tucked along the scenic North Platte River. Includes Picnic Shelters, Playground, Skate Park and Disc Golf Course. Take a leisurely stroll along the lighted walkway and river overlook area, or challenge yourself with one of the exercise courses.

Disc golf: The West Park Disc Golf course is 2,669 feet long and all holes are Par 3.

Skate Park: Located at the newly developed West Park along the river, bring your skates or skateboard and show us what you’ve got!

With a 90 foot water slide and play features, the town of Guernsey’s new pool is a delight. The pool area has playgrounds, a basketball court for outdoor play, and a baseball field. Located at 398 W Chugwater St.

Larson Park, home of Trail Ruts Golf Course and Campground! Whether it’s a day golfing or a week camping, this park is for you. Stop by and see us during our season of April through October.  Enjoy a leisurely game of golf and camp under the shade of giant spreading cottonwood trees.  Reasonable rates for both golfing and camping make this a favorite with those that stop by.

Enjoy the 1.3 mile walking trail that starts at the Oregon Trial Ruts Golf Course and wonders about the North Platte River through wetlands, ending up at the west River Bridge.  The trail is a great way to get some exercise and enjoy the landscape around the Oregon Trail.

Oregon Trail Ruts State Historic Site is a State of Wyoming historic site where visitors can see and experience evidence of our country’s great western migration.

There are restrooms and a small picnic area, as well as an informational kiosk and interpretive information displays.

Register Cliff was a welcome landmark for pioneers along the California, Oregon and Mormon Trails, and an important stopover for weary travellers to camp, rest, and pasture their animals.
Let your imagination travel back in time as you read the names, dates, and messages inscribed into the soft sandstone cliffs.

The Guernsey Visitor Center is located one block off Highway 26. Just turn south at Oregon Trail Bank and we’re there on the east side of the street

The park is available to the community for events and is free of charge. 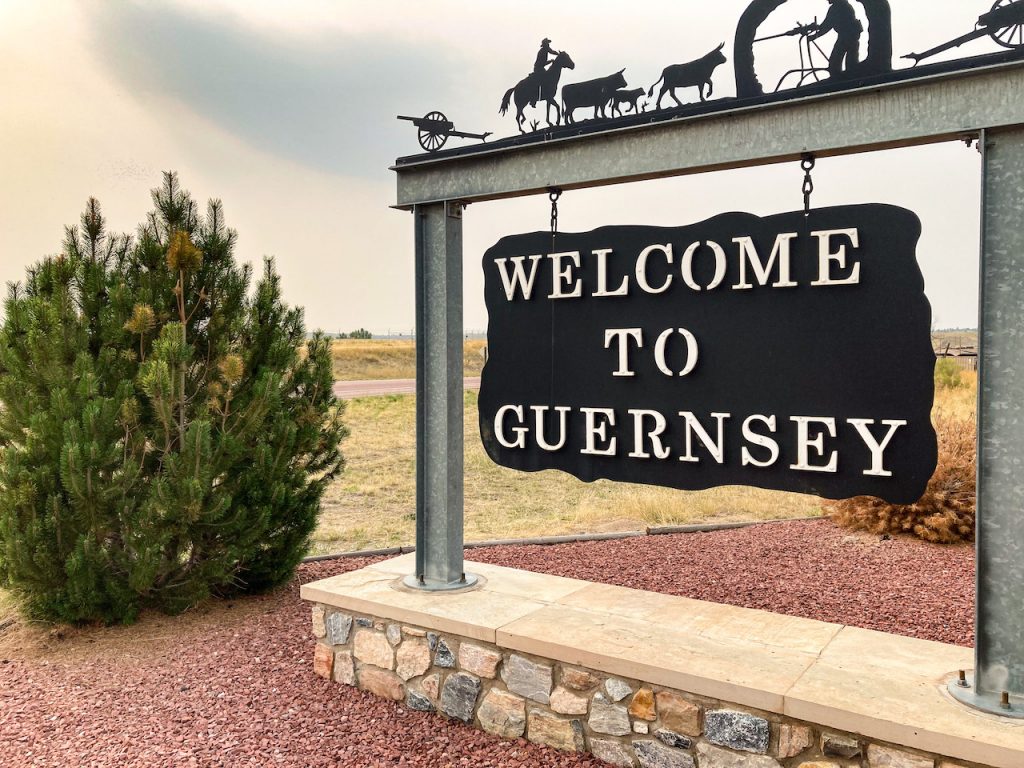 Camp Guernsey was built on the tradition of the frontier forts of America’s early years. Frontier forts were often the vanguard of defense in the American West. Camp Guernsey continues this tradition by providing realistic, combat-based training opportunities for continental and deploying American Forces. Customers span all branches of the Department of Defense, other federal agencies, Wyoming state and local agencies, and civilian entities.

Find so much more in Wyoming's Platte Co.

A Small Town with a Big Heart

Small in Number, Big in Heart

Water from the Mountains to the Plains 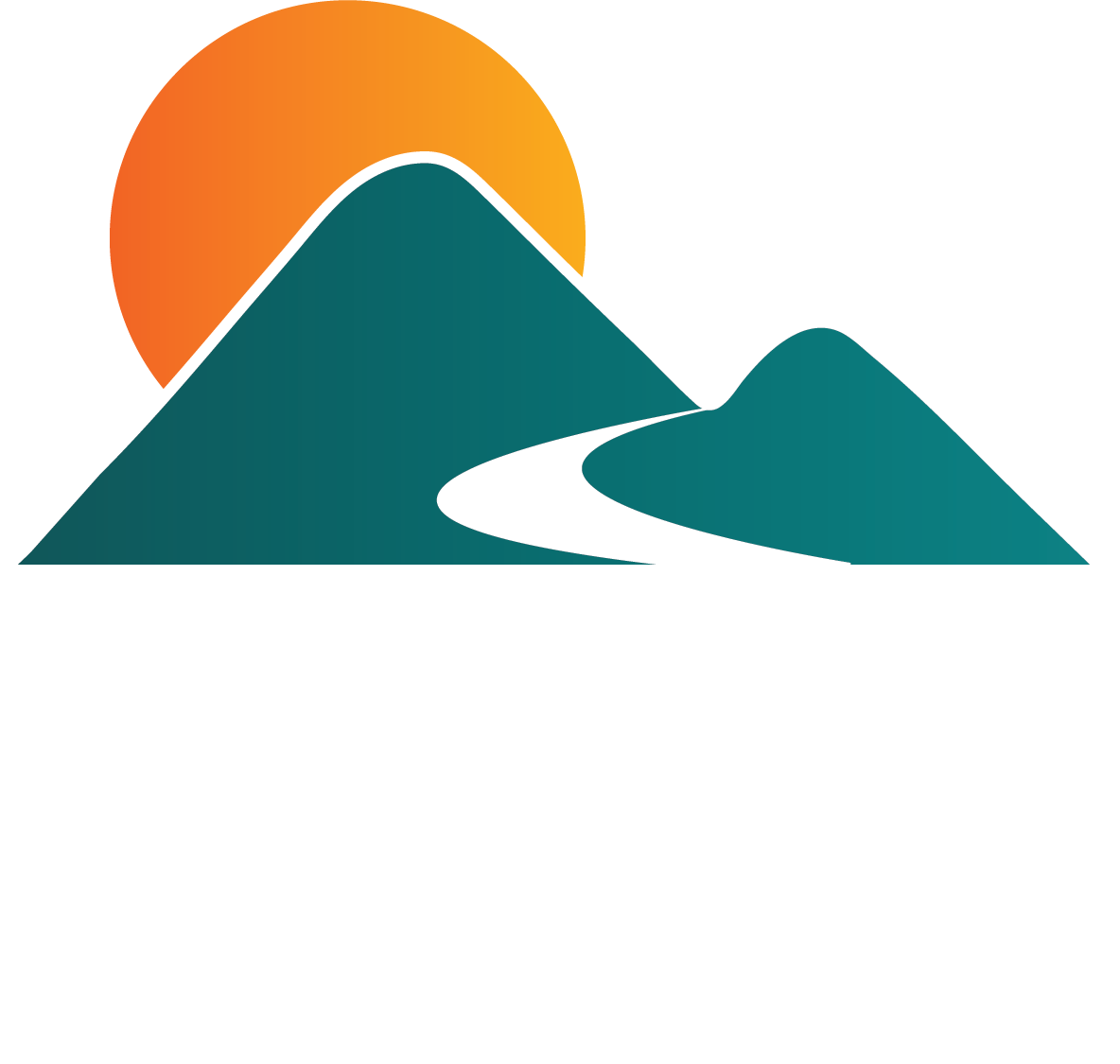